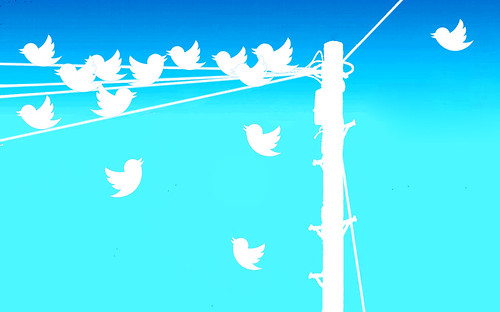 Exposure to numerous ideas and the ability to evaluate contrasting points of view is a hallmark of an educated person. In today’s world, ideas zoom around at the lightning pace of electrons, yet many educational models still attempt to produce critical thinkers at the speed of watched pots slow to boil. The reality is that growing up with the internet and social media has already provided today’s students with years of practice in encountering, analyzing, and espousing ideas. Just a generation or two ago, schools focused on opening the minds of green youths from insulated hamlets, but now educators are tasked with proving the relevancy of traditional academic pursuits to constantly connected students.

Those born prior to the information age know that mastery of intellectual concepts requires more breadth and depth than a two second Google search can provide, but we should also step back and recognize that a massive shift has occurred in the currency of ideas. According to Science Daily, 90% of all the world’s data has been produced in just the last two years. Harvard’s Dean of Faculty Arts and Sciences recently noted that “we live in a world where social media has allowed everyone to be an interpreter and commentator.” It is difficult to ignore the implications that all this new technology has on the education system.

If the underlying goal of education is to disseminate information deemed most valuable to society, then educators face some very recent and formidable rivals. Competition comes not only from the sheer amount of information available, but also from the newfound potential for anyone to circumvent traditional methods of building expertise and become a thought-leader almost overnight. Certainly, those who have dedicated their lives to becoming purveyors and curators of knowledge are feeling the pressure to start leveraging the digital tools that are now the most efficient means of transferring ideas. While academics and experts are still rich in intellectual capital, their relevancy depends largely on the liquidity of those ideas to consumers.

Whether the medium is a chalkboard or a twitter account, the importance of engaging an audience remains a constant. If information is the modern currency, then the short-lived attention spans of today’s consumers will naturally gravitate to the sources they find most interesting and trustworthy. To push facts and opinions both online and in the classroom, educators must build their personal brand into one that students will see as personable, reliable, and authoritative. On Twitter for example, a polished profile picture and a painstakingly descriptive and original bio are good first steps towards creating the right image, but judicious choices in posting content is important too.

Limiting social media posts to just updates and declarative statements is not only devoid of any distinguishing branding characteristics, it is also about as engaging as turning your back on a class to fill up a chalkboard with 45 minutes worth of notes. Instead, try peppering your social media content with posts that foster a sense of immediacy and encourage interaction such as up the minute news bytes, interesting web links, and probing questions. Sites like Twitter offer a massive bank of communal knowledge to which we can pose our questions. According to Statistics Brain, Twitter alone has 554,750,000 active registered users typing up 9,100 tweets per second, and they are joined by 135,000 new Twitter users each day. Right now the population of Twitter is over 1.75 times that of the current US population. Out of all those people, someone is bound to have something of meaning to share; all we have to do is be willing to ask.

Even educational forty-niners with the will to seek treasures far outside their classroom walls need to sift the gold nuggets out of the vast digital sediment. Although all tweets are public by default, Twitter users still have the power to select who they follow. Avoid an inundation of useless tweets by following only those users who are trusted authorities in their fields and those with whom you share similar connections and interests. Accelerate the potential for interaction by letting those users know you exist by including the “@” symbol in front of their Twitter handles to any tweets you want them to see. In addition, use the hashtag symbol (#) before key terms or events so that others searching through tweets for specific search terms can find your content.

Notice the techniques of audience engagement in the example tweets below. First, teacher Lisa M. (aka BriteEyes49) tweets a link to some cool summer learning resources on Edutopia.org, George Lucas’ popular educational technology journal. All of Lisa M.’s 1,175 followers will see her tweet, and since she included “@edutopia”, all 221,983 followers of Edutopia will see it as well.

In response, Edutopia engages in conversation by tweeting back another link to a classroom management app @BriteEyes49 which is visible to Edutopia’s followers, Lisa M., and all of her followers. Edutopia also included a few popular hashtags so that anyone searching for #classroommanagement, #classdojo (the name of the app in the link), or #edchat will see the tweet as well. Notice that just seven minutes after the initial tweet five people had either retweeted it or marked it as a favorite, thus even further expanding the exposure to Edutopia’s link. About a half hour later, the tweet had five more retweets and two more favorites. Potentially half a million users have seen some part of this interaction, but more likely the number is much larger. If Lisa M. wanted to check the specific statistics for her tweets, Twitter now offers analytics for users to see how often others engage with their content.

Regardless of skill and comfort levels, all social media users and especially those in professional spheres should make a careful habit of practicing discretion. Be sure to only share information that is meant for public consumption and assume that your employer is a vigilant part of that public. Although quick and constant, Twitter and other social media should not be taken lightly. They require regular monitoring, careful attention to frequently changing privacy settings, and no less consistency and self-censorship than you would use in the workplace. However, these realities are minor hardships to bear considering the enormous reach and network of ideas made possible by responsible and thoughtful social media use.

If you have any questions or would like to discuss ideas for social media use in your daily work, please contact the La Salle Instructional Design team at IDteam@lasalle.edu.